Raising a Colt (a Twice-Exceptional Child)

eLumanated Volume I: Raising a Colt (a Twice-Exceptional Child)

eLumanated is eLuma’s newest series, which showcases parents and professionals in their efforts to elevate the lives of students with disabilities. As a progressive therapy provider, we recognize that no two students are the same and that there are many different approaches to the same diagnosis. Join us each week to check out different perspectives and experiences related to raising exceptional children, founding organizations to facilitate their success, and insights into effective interventions.

Our first guest post comes from Christa Milner, founder of My Place To Be. In her three-part series, she’ll share insights on raising a twice-exceptional child, challenges, and triumphs along the way, and creation of her non-profit organization that provides a safe place for socialization and support for children with autism and their families. We invite you to check out My Place to Be to learn more about this unique organization.

Raising a Colt
by Christa Milner

Raising Colt over the past 17 years has been the most life-altering yet rewarding experience. Colt was born different. My husband, Rod, and I knew from day one that there was something special about our little boy. He came home the most inquisitive baby I have ever met. He would hold up his head to look around and take in the world. As he grew into a toddler, he would get so overwhelmed, and starting at about 7:00 every night, we could count on a couple of hours of crying due to his inability to shut down.

Our life was always on the go back in the early years. There was no sitting down. We were the parents who hovered waiting for Colt to do something unsafe because he seemed unaware of danger. At eight months, he walked before he crawled, and by nine months, he was running and climbing anything he could.  At age three, he climbed a 40-foot ladder up a tree to “see what the birds could see.” When he wasn’t burning energy, he was learning in any way he could. To this day, if a particular topic peaks his interest, he will find out every detail about the subject matter–from Transformers and Star Wars when he was young to astral physics today.

What was going on with my son?

As a parent, I knew there was something going on with my son. I made it my job to get to the bottom of why Colt would cry for eight hours straight when he all of his wants and needs were met. I had to find out why there were times he was not in our world–he was in Colt’s special kingdom and happy to be there. To try to reach him on some level and with no idea what else to do to help my child, I sat on the floor telling him over and over “I love you.” After many doctors visits with several specialists, at age three, Colt was diagnosed with Sensory Processing Disorder and Dyspraxia. At age four, he was diagnosed with Asperger’s Syndrome, a neurological disorder that results in developmental delays in language, social skills, and emotional development, along with a wide variety of additional challenges.

School has never been easy for Colt. By age three, he had been asked to leave two daycare centers and three private babysitters. Fortunately, we found refuge in our public preschool program. The staff accepted that Colt was not just an out-of-control toddler, and they supported his needs and social challenges. After transitioning to elementary school, Colt was evaluated and classified as twice-exceptional very early due to superior IQ paired with working memory and processing challenges. Thankfully, Colt truly enjoys learning, and despite several battles with his home school district, he has been able to engage in his academics through non-traditional education plans in order to meet his unique needs and challenges.

Along with academic challenges came emotional challenges. When Colt was in third grade, we determined it was necessary to reduce his time in school to a half-day due to his anxiety, sensory overload, and communication delays. His behaviors were increasing at school, and he was beginning to self-harm.  His behaviors and self-harm got worse in fourth grade, and even the most meticulous behavior plans were not working. Our school district gave as many resources as they could to try to help Colt, but he continued to struggle emotionally.

At this point in our journey, Rod and I decided that we had to do something drastic to help our son. We believed that Colt’s desire to learn wouldn’t fade regardless of his academic situation. We could sacrifice his academics, but if we didn’t do something to help him emotionally, we feared that we may never see him happy or that he would hurt himself to the point that we would lose him forever. So, that’s when our homeschool journey began.

The beauty of homeschooling my twice-exceptional child is that we are in control of how he progresses through his curriculum. Homeschooling offers the freedom to focus on the areas in which he is strongest so that he builds confidence, which facilitates good emotional health. He excels in math, so I can let him embrace it and be more independent. We work at a slower pace in areas that are challenging, such as reading and writing. In the last year, he has made astronomical progress in reading and writing, and it has been so rewarding to both Colt and me to see his success.

Overall, the biggest challenges of our autism story involve anxiety and socialization. Colt has always been about two years behind his peers socially, and he knows it. A couple years ago, we pushed him to enroll in a class at our local high school. Due to anxiety, he was unable to speak to his peers in class, and by end of the year, even talking to the teacher became difficult. As he has transitioned into his teen years, socialization has become even more of a challenge. Colt prefers to stay home, locked up in his room, playing video games with his online “friends.” I have had to come to the realization that my son may never actually meet the people he recognizes as friends, but they are the people with whom he feels the most comfortable because he doesn’t have to deal with society’s social protocol when there’s a computer screen between them.

Over the years, we have put a lot of effort into making sure Colt has a social group and interventions to help him succeed in social exchanges. Now, some days are better than others, but there is a vast improvement from his younger years. For Colt, I have come to realize that quality friendships are more important than quantity of friends. Colt has had some friendships over the years, but maintaining those friendships is difficult. Some of these friendships have outgrown him and others he outgrew. My hope for Colt is that he finds his tribe–those people who understand him and accept him for who he is, enjoy his brash sense of humor, and share his brilliant mind.

As Colt’s mom, I have laughed, I have cried, and I have grieved the life that I envisioned for him. Having the high school sweetheart, going to dances or parties or football games, even playing a sport are things he may not experience because he is not quite ready. But I am excited to see where he will go in his journey in life, who he will love, and what he will become. It will not be the traditional journey, but it will be as unique as our Colt. His family will always love him and be by his side to give support and push him to be his best.

Christa Milner is the mother to an amazing teen with autism as well as the founder of My Place to Be, a non-profit organization that provides social-emotional learning programs and support for children with autism and their families.

We are so happy to have Christa as a guest. Please join us next week for Volume II of her three-part series. 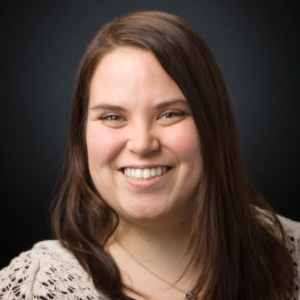 Aerial Lee is a Marketing Specialist at eLuma Online Therapy. She earned a Bachelor's degree in Digital Marketing from Utah Valley University. She loves working at eLuma and is passionate about its mission in changing lives for the better.
PrevRead Previous PostShe’s Back!!!
Read Next PostMeet the Team: Heather Artushin, LLMSWNext
Online Therapy Services